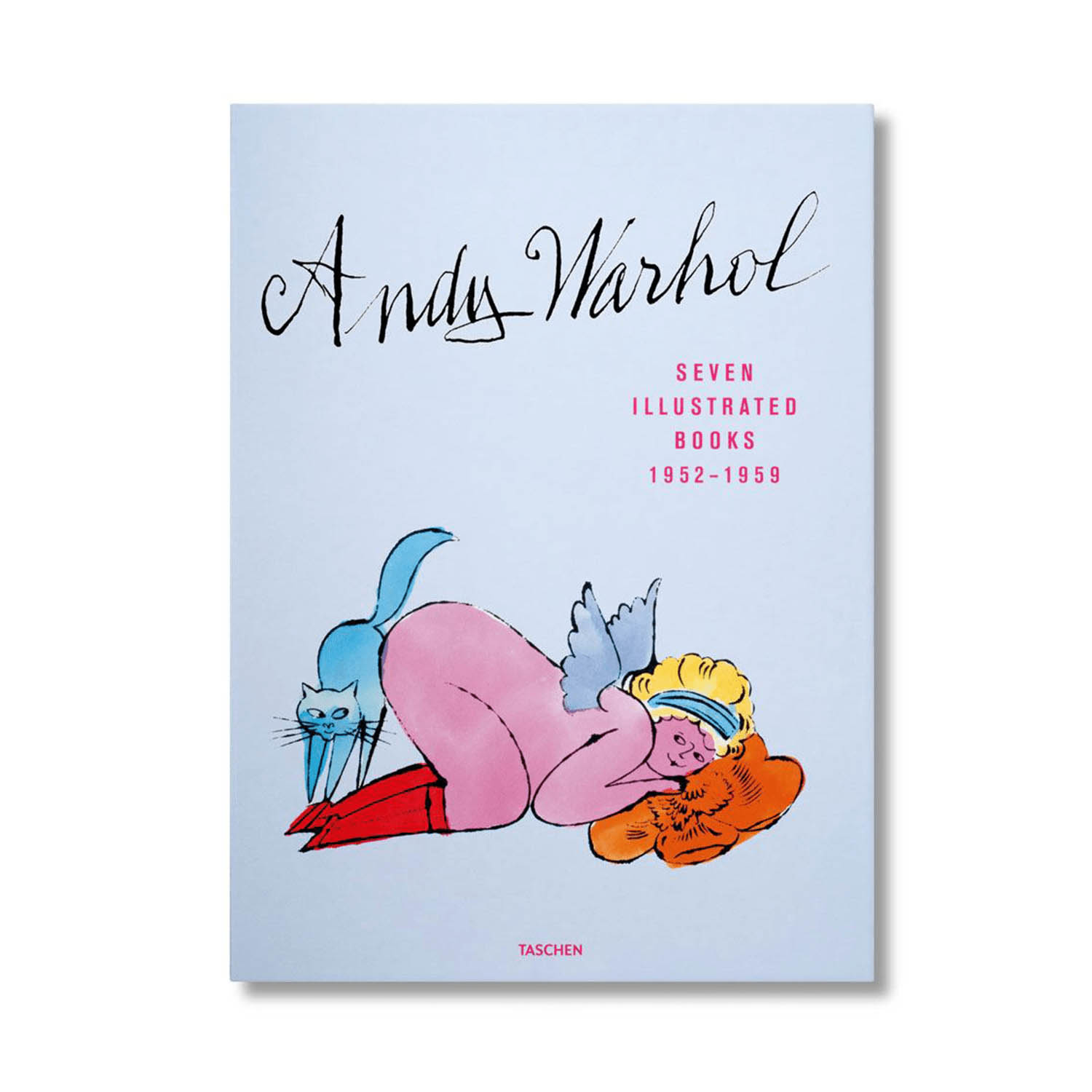 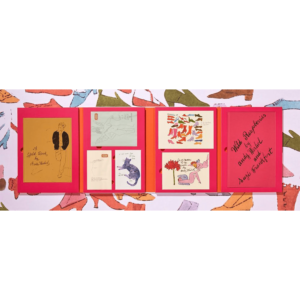 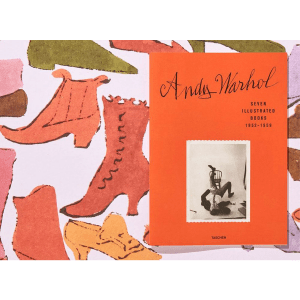 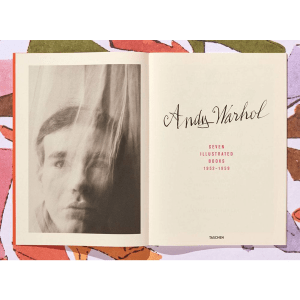 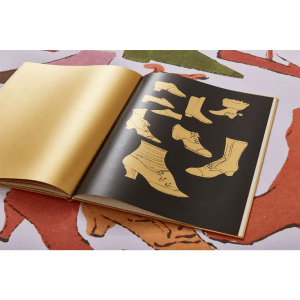 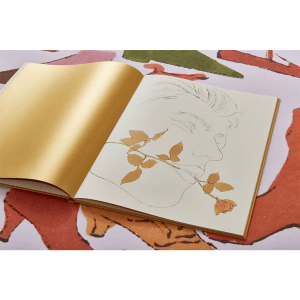 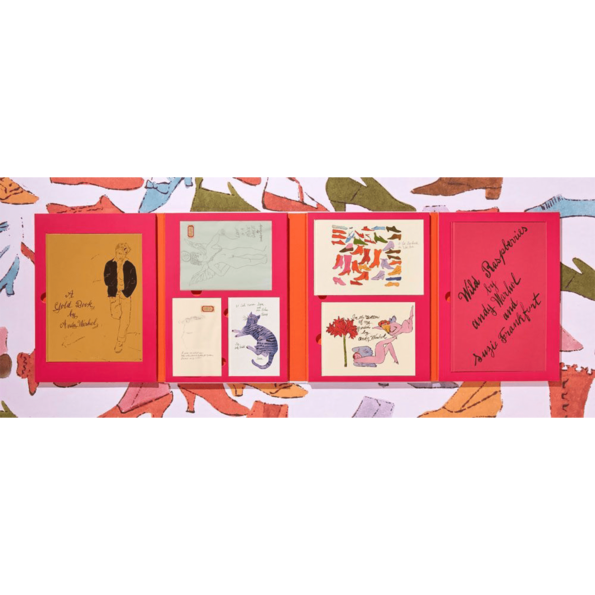 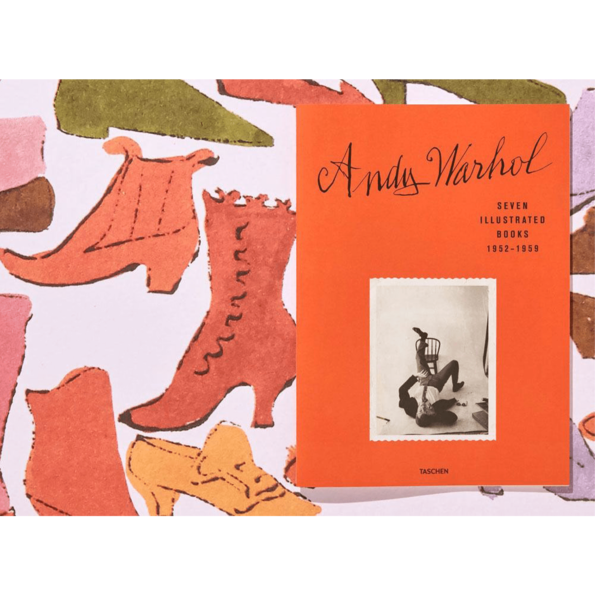 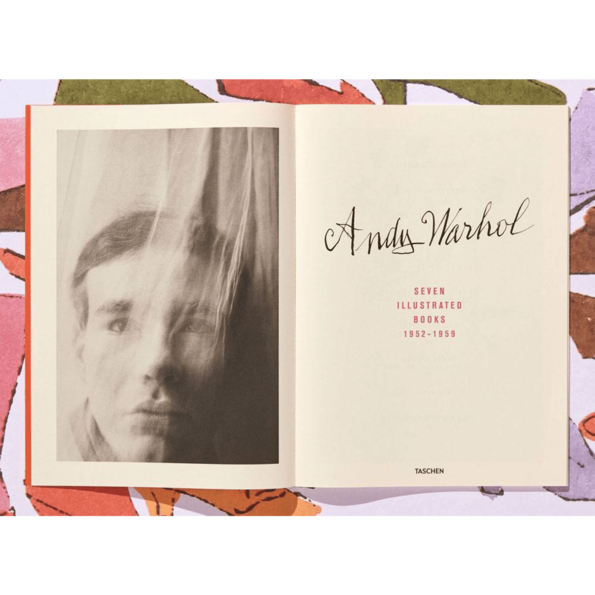 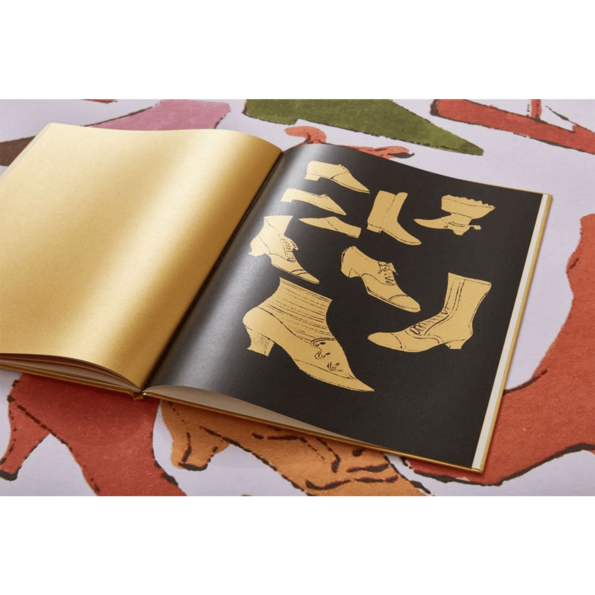 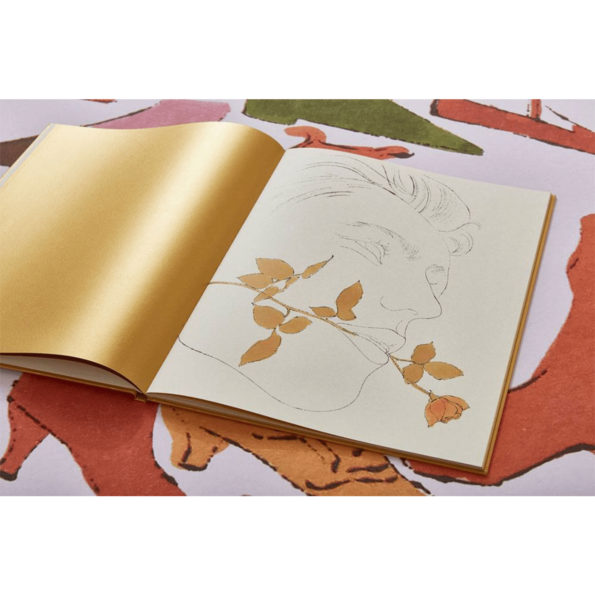 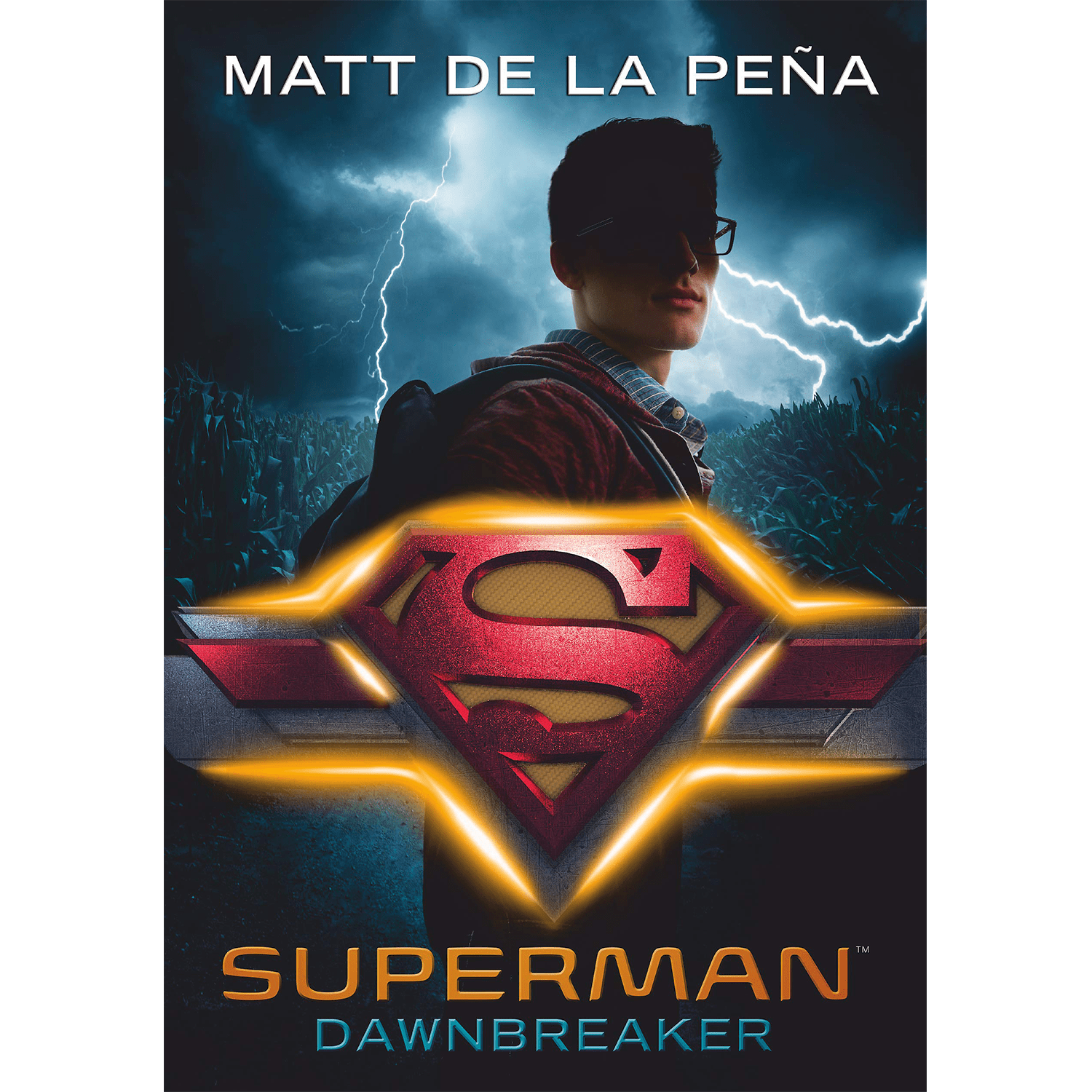 In 1950s New York, before he became one of the most famous names of the 20th century, Andy Warhol was already a skilled and successful commercial artist. During this time, as part of his strategy to woo clients and forge friendships, he created seven handmade artist’s books, reserved to his most valued contacts. These featured personal, unique drawings and quirky texts revealing his fondness for-among other subjects-cats, food, myths, shoes, beautiful boys, and gorgeous girls.Andy Warhol’s 1950s hand-drawn books, created during his pre-fame years, are much-coveted jewels in the Pop art master’s crown.

This portfolio contains meticulous reprints of all seven books, reproduced as closely as possible to the original and presented in an accordion case. Complete with an XL-sized guidebook contextualizing Warhol’s life alongside his unique creations, this edition offers an unparalleled glimpse of Warhol’s budding genius.

In 1950s New York, before he became one of the most famous names of the 20th century, Andy Warhol was already a skilled and successful commercial artist. During this time, as part of his strategy to woo clients and forge friendships, he created seven handmade artist’s books, reserved to his most valued contacts. These featured personal, unique drawings and quirky texts revealing his fondness for-among other subjects-cats, food, myths, shoes, beautiful boys, and gorgeous girls.

Decades later, with originals now changing hands for thousands of dollars at auction, TASCHEN presents an immaculate portfolio of these seven books, five of which have never before been republished, beautifully packaged together for the very first time and replicating Warhol’s originals as closely as possible down to the format, dimensions, and paper stock. With titles such as Love Is a Pink Cake, 25 Cats Named Sam, and À la Recherche du Shoe Perdu, the series reveals the artist’s off-the-wall character as well as his accomplished draftsmanship, boundless creativity, and innuendo-laced humor.

The seven books make delightful play with styles and genres as much as with design, materials, and formats. The lithograph portfolio A Is for Alphabet devotes a page to each letter of the alphabet, with illustrations complemented by stumbling three-line verses that tell of strange encounters between man and animal. In the Bottom of My Garden is at once a Warhol twist on a children’s book and a covert celebration of gay love. Wild Raspberries, meanwhile, is a spoof cookbook with a cornucopia of adventurous recipes on 19 portrait-format pages of instructions and illustrations.

This colorful portfolio is supplemented by an XL-sized, 56-page guidebook introducing each of Warhol’s illustrations. Complete with rarely seen photographs of the artist, inspirational ephemera, and commercial assignments, it contextualizes Warhol’s 1950s art, offering a glimpse into his early creative process as well as his endearing, playful character.

“The Foundation is delighted to collaborate with TASCHEN to introduce Warhol’s whimsical books from the 1950s. These rarely seen gems provide a unique perspective on one of the world’s most fascinating artists,” says Michael Dayton Hermann, Director of Licensing of the Andy Warhol Foundation.

Little-known, much-coveted jewels in the Warhol crown, these hand-drawn delights are as appealing and original today as they were back in the halcyon days of the 1950s and offer a unique glimpse at a budding genius on the cusp of global fame.

Reuel Golden is the former editor of the British Journal of Photography and the Photography editor at TASCHEN. His TASCHEN titles include: Mick Rock: The Rise of David Bowie, both London and New York Portrait of a City books, Andy Warhol. Polaroids, The Rolling Stones, Her Majesty, Football in the 1970s, the National Geographic editions, and The David Bailey SUMO.

Nina Schleif is a German art historian, Americanist, and curator. In 2013, she initiated and curated the first exhibition anywhere on Andy Warhol’s oeuvre in books at Museum Brandhorst in Munich. She also edited and co-authored the exhibition catalog Reading Andy Warhol. Backed by a recent Smithsonian fellowship, she has written a monograph on Warhol’s 1950s drawings that will be published in 2017.

Leave feedback about this Cancel reply 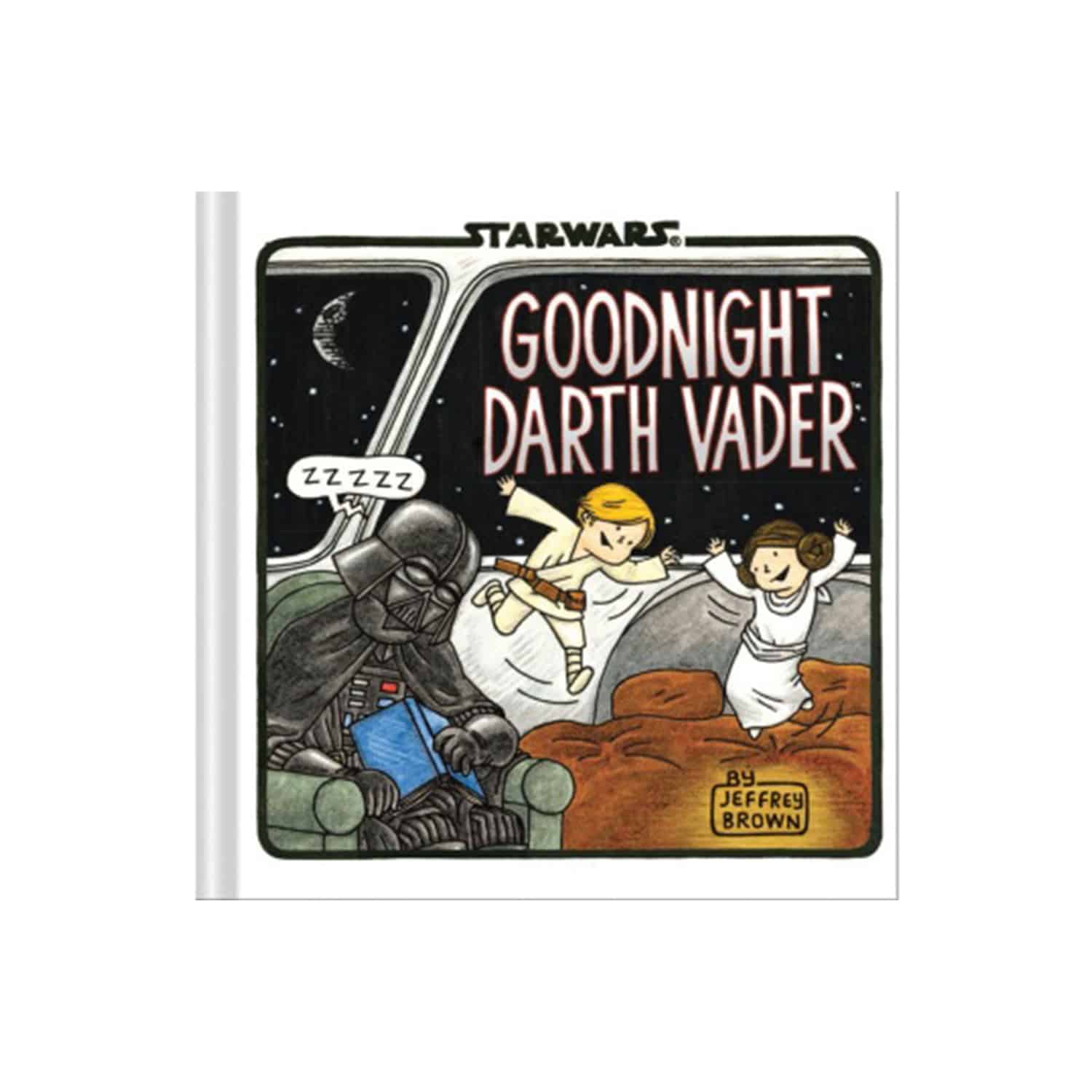 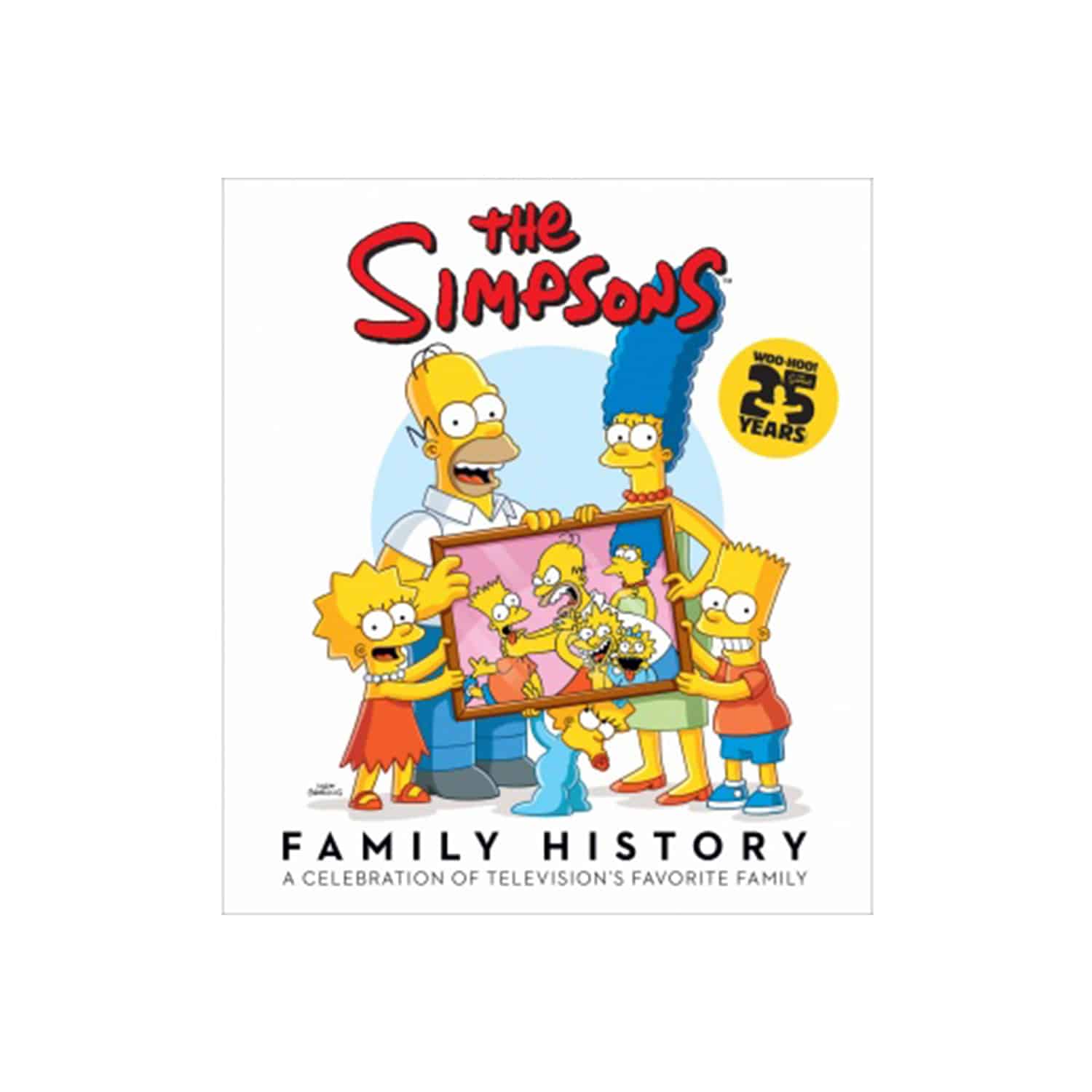 A celebration of the longest running American sitcom! 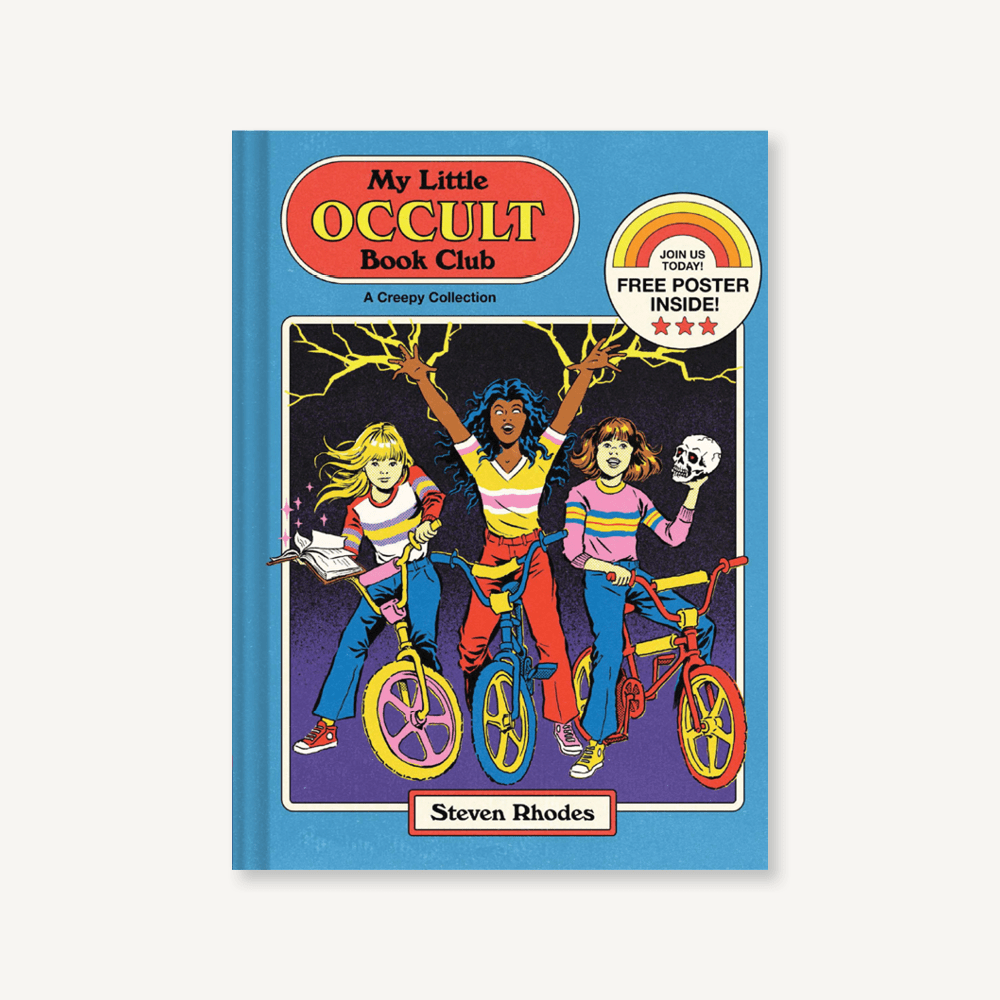 Need an informative early reader on the subject of necromancy? Howabout a colorfully-illustrated guide to summoning demons? 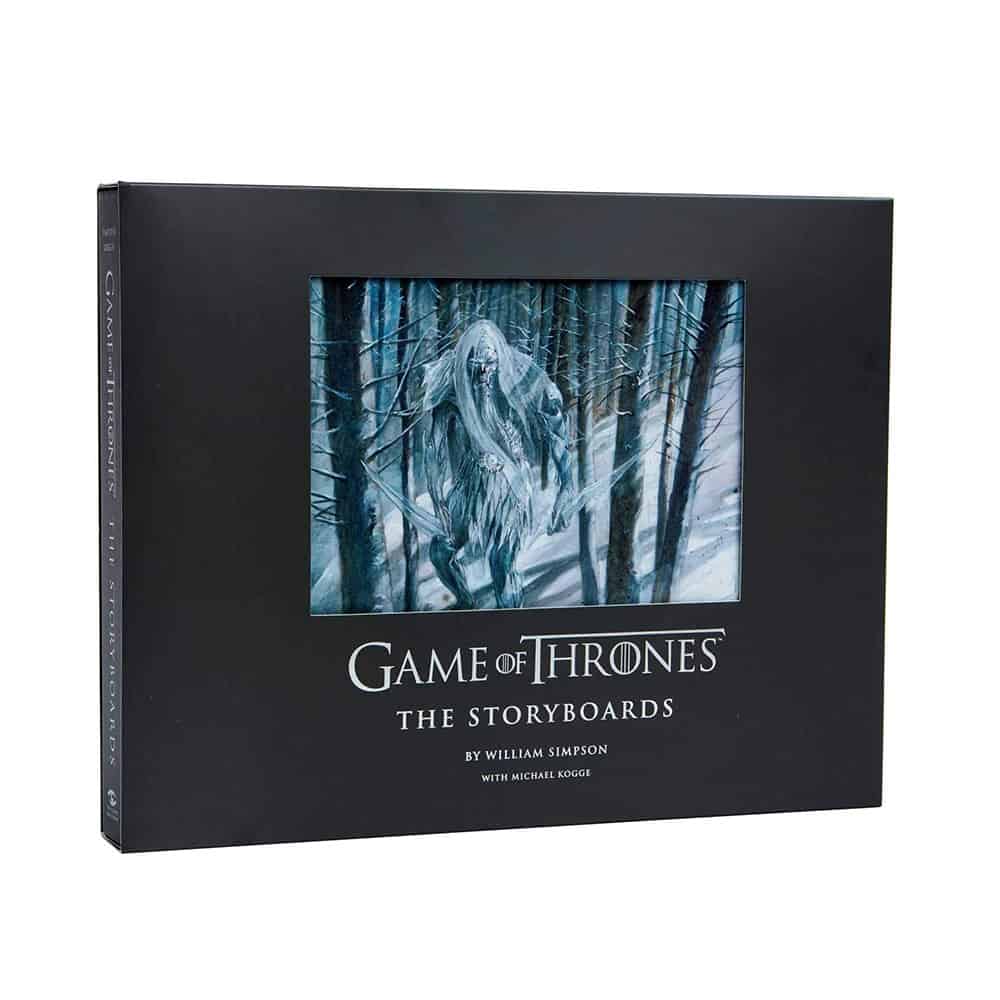 Experience the world of Westeros once more, through its art! 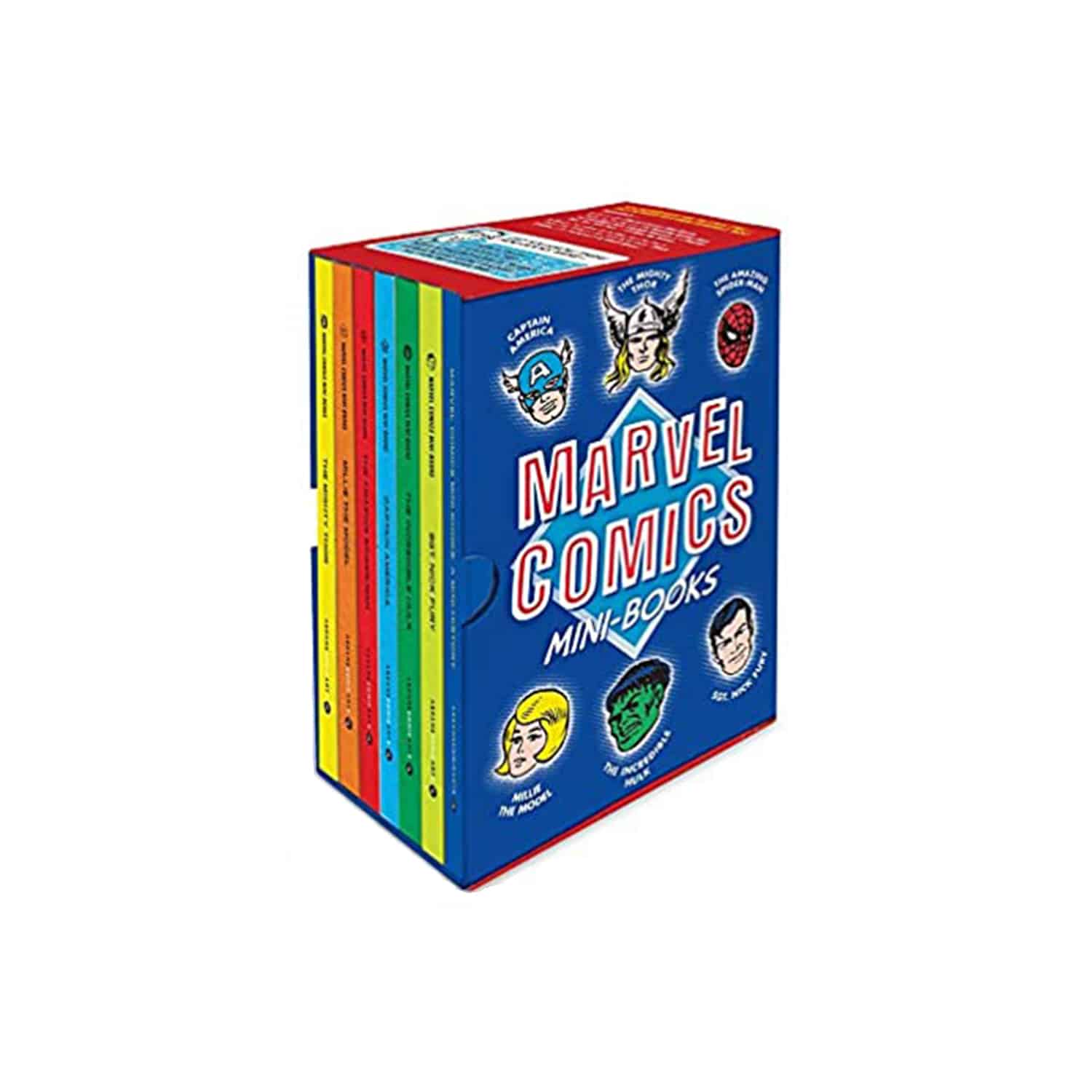 Reprinted for the first time, the world’s smallest comic books—originally printed in 1966 and now enlarged to a more readable size—in a seven-book collectable boxed set 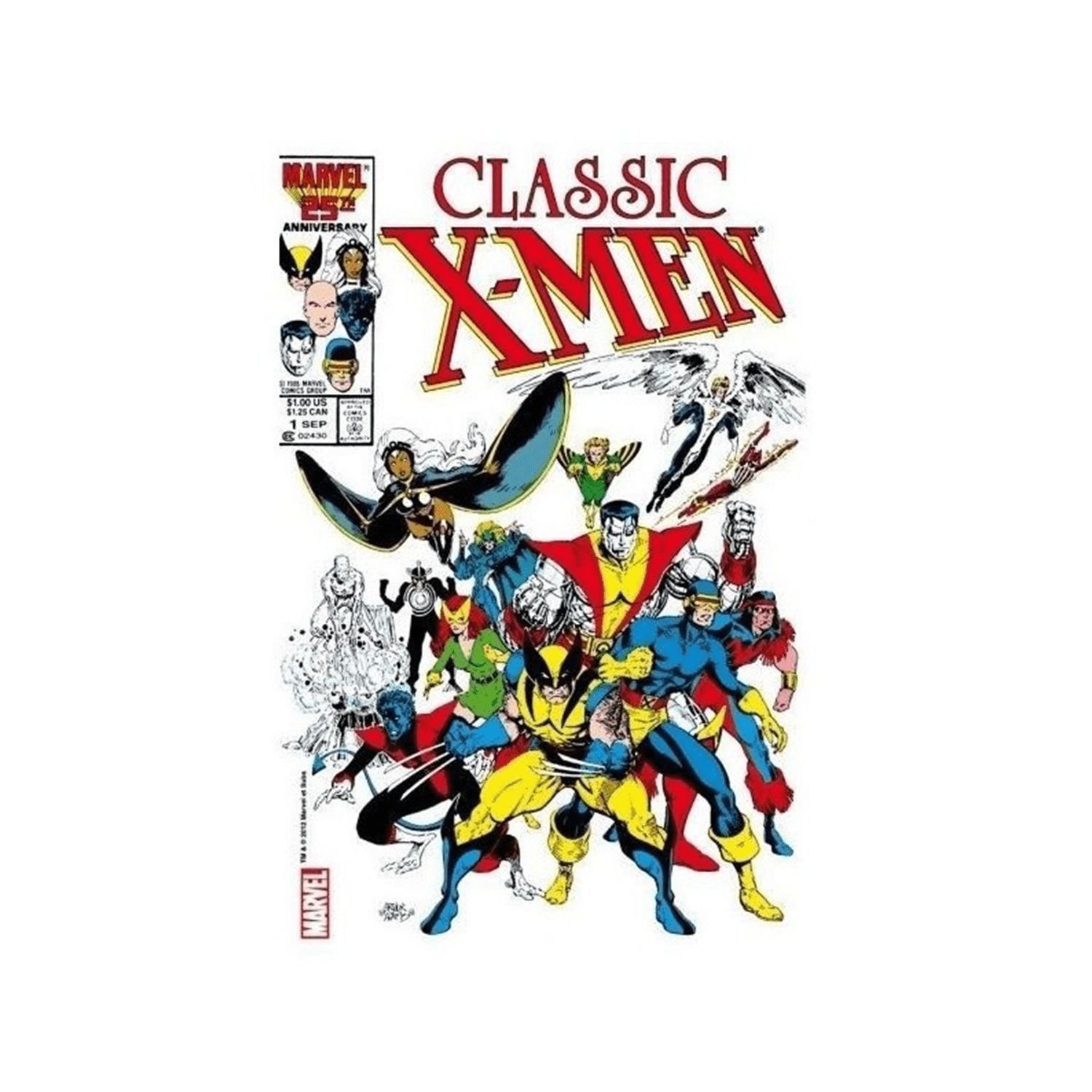 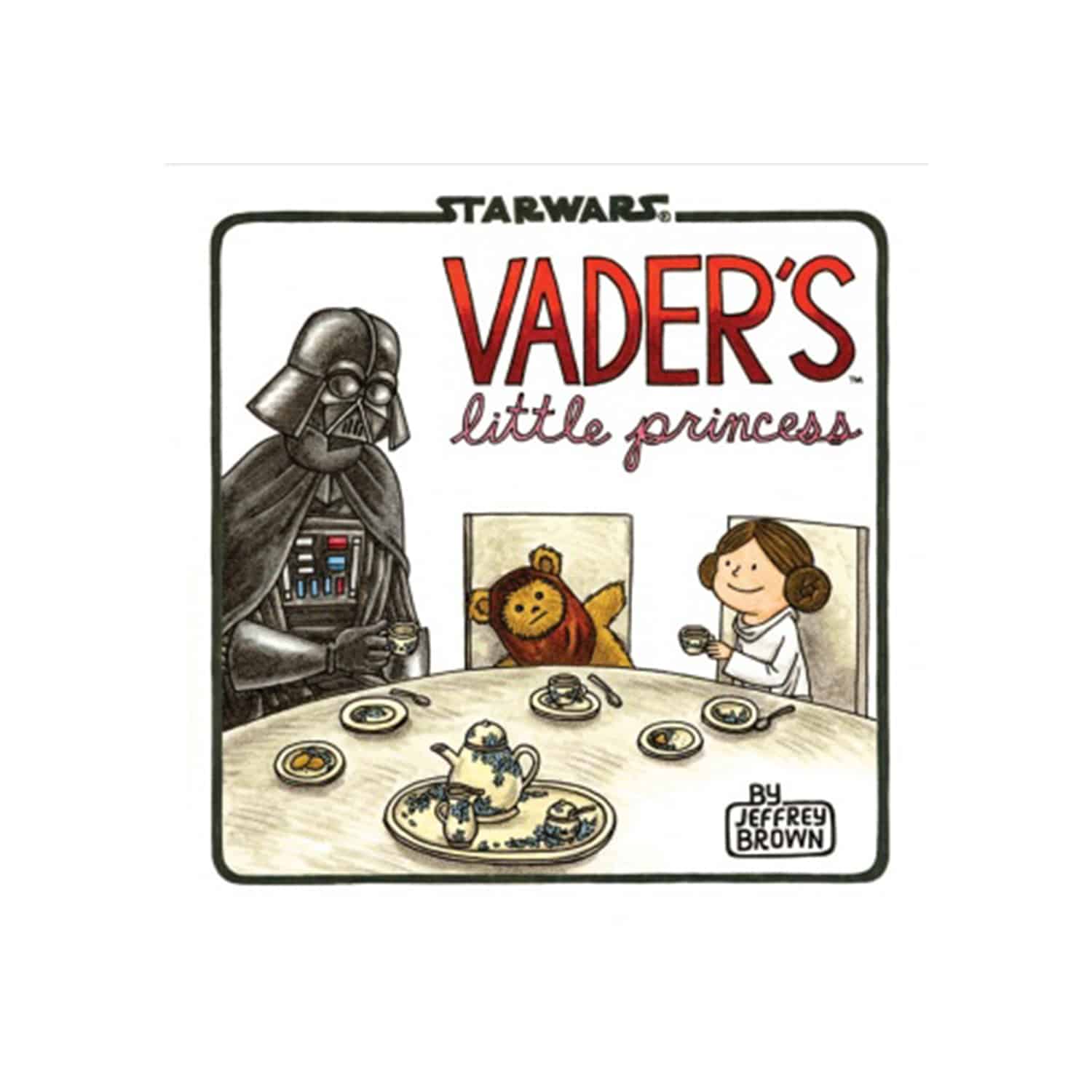 In this irresistibly funny follow-up to the breakout bestseller Darth Vader and Son, Vader—Sith Lord and leader of the Galactic Empire—now faces the trials, joys, and mood swings of raising his daughter Leia as she grows from a sweet little girl into a rebellious teenager. 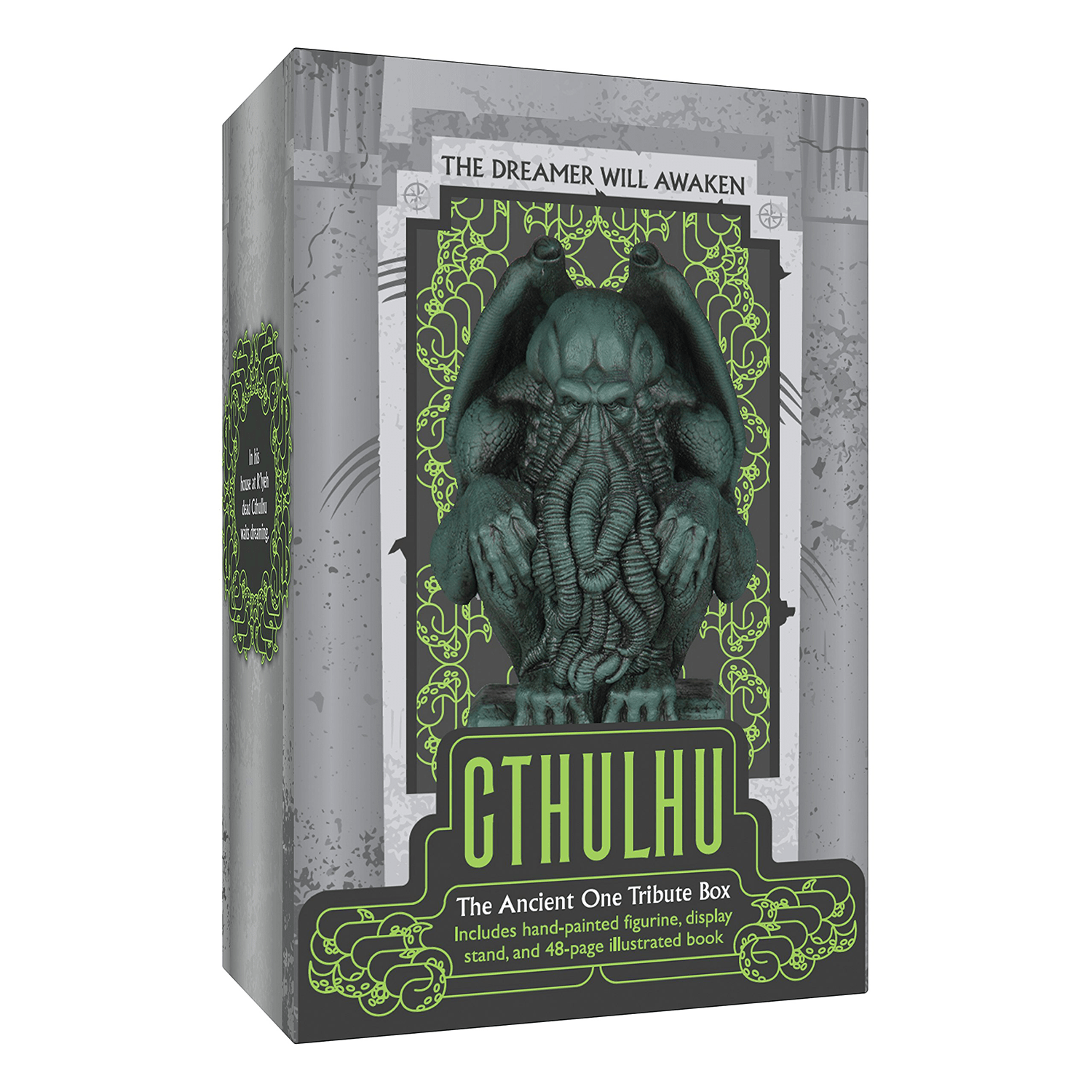 Pay your respects to the Great Old One! 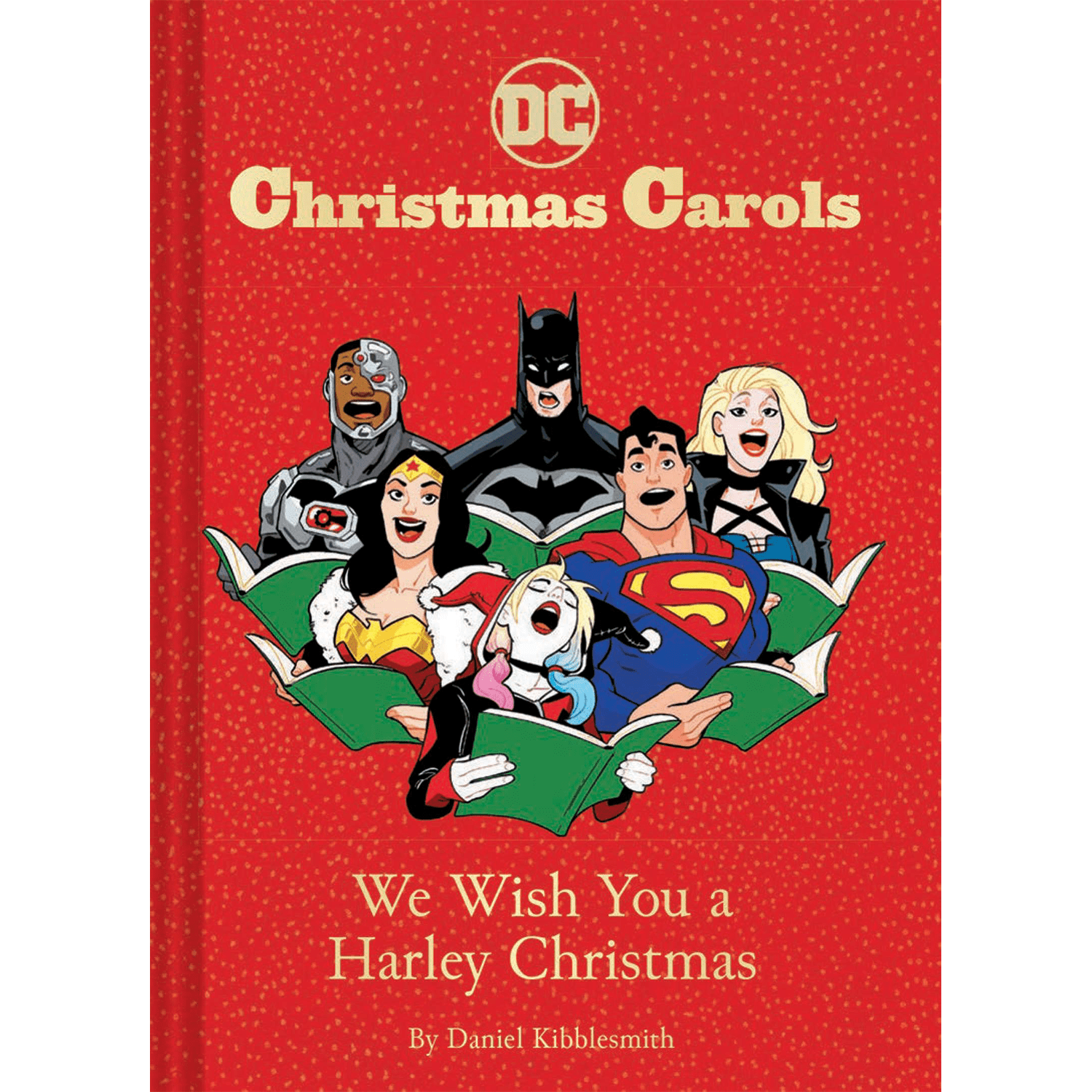 DC Christmas Carols: We Wish You a Harley Christmas €10.99

Deck the halls with Batman™, Wonder Woman™, Superman™, The Joker™, Harley Quinn™, and other favorite Super Heroes and villains! 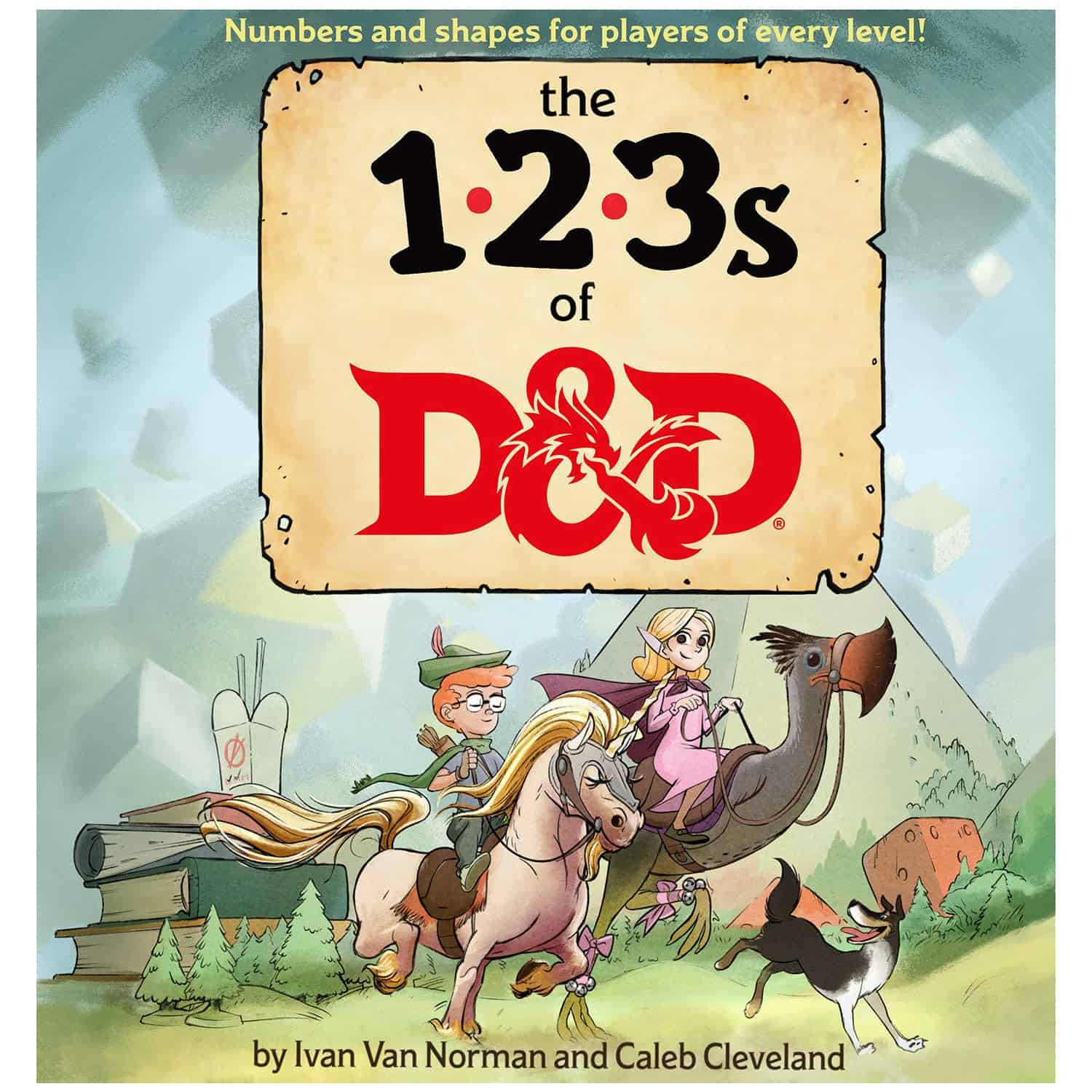 A child can get their first glimpse into the world of Dungeons & Dragons, even as they learn their early numbers, a precursor to every new path in counting. 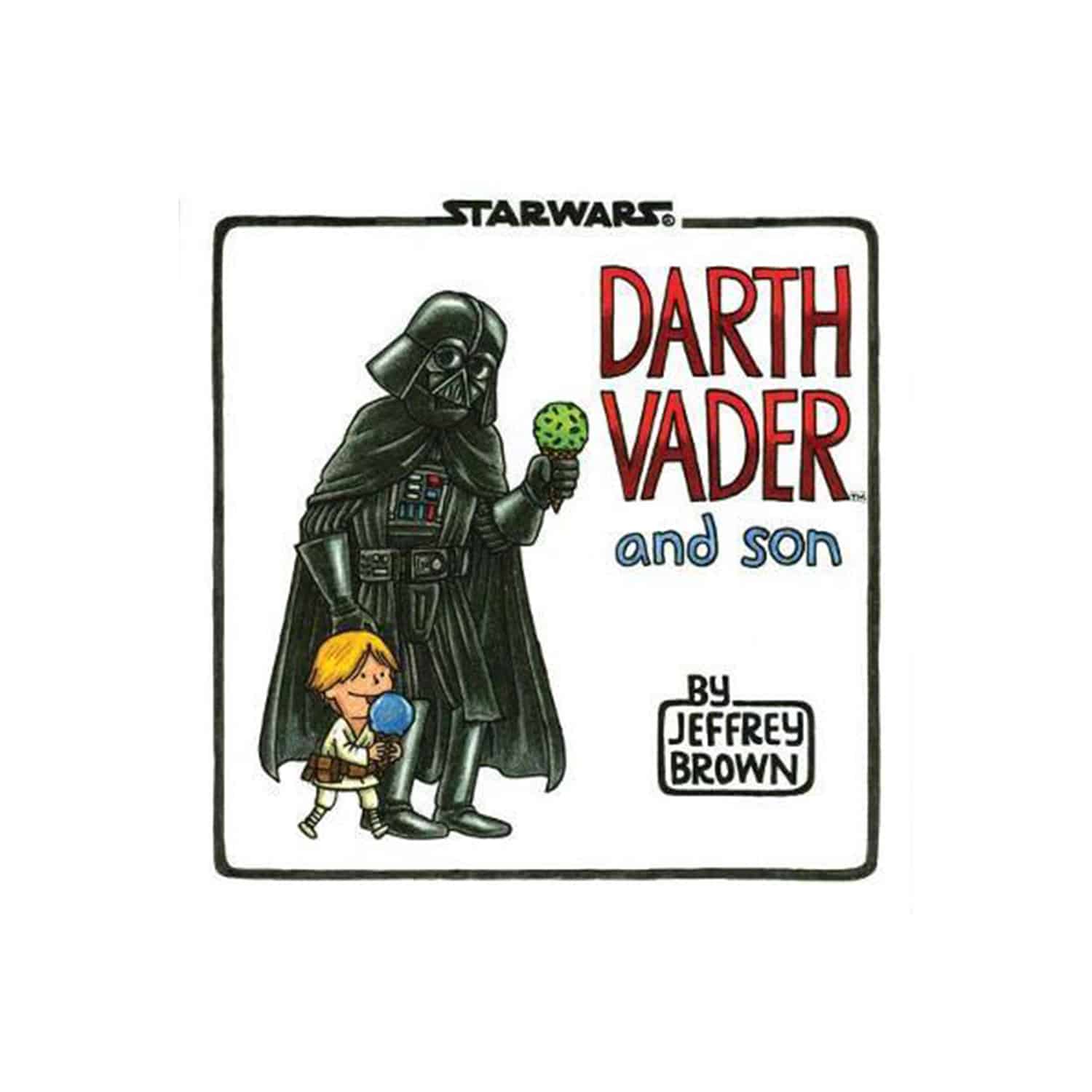 What if Darth Vader took an active role in raising his son? 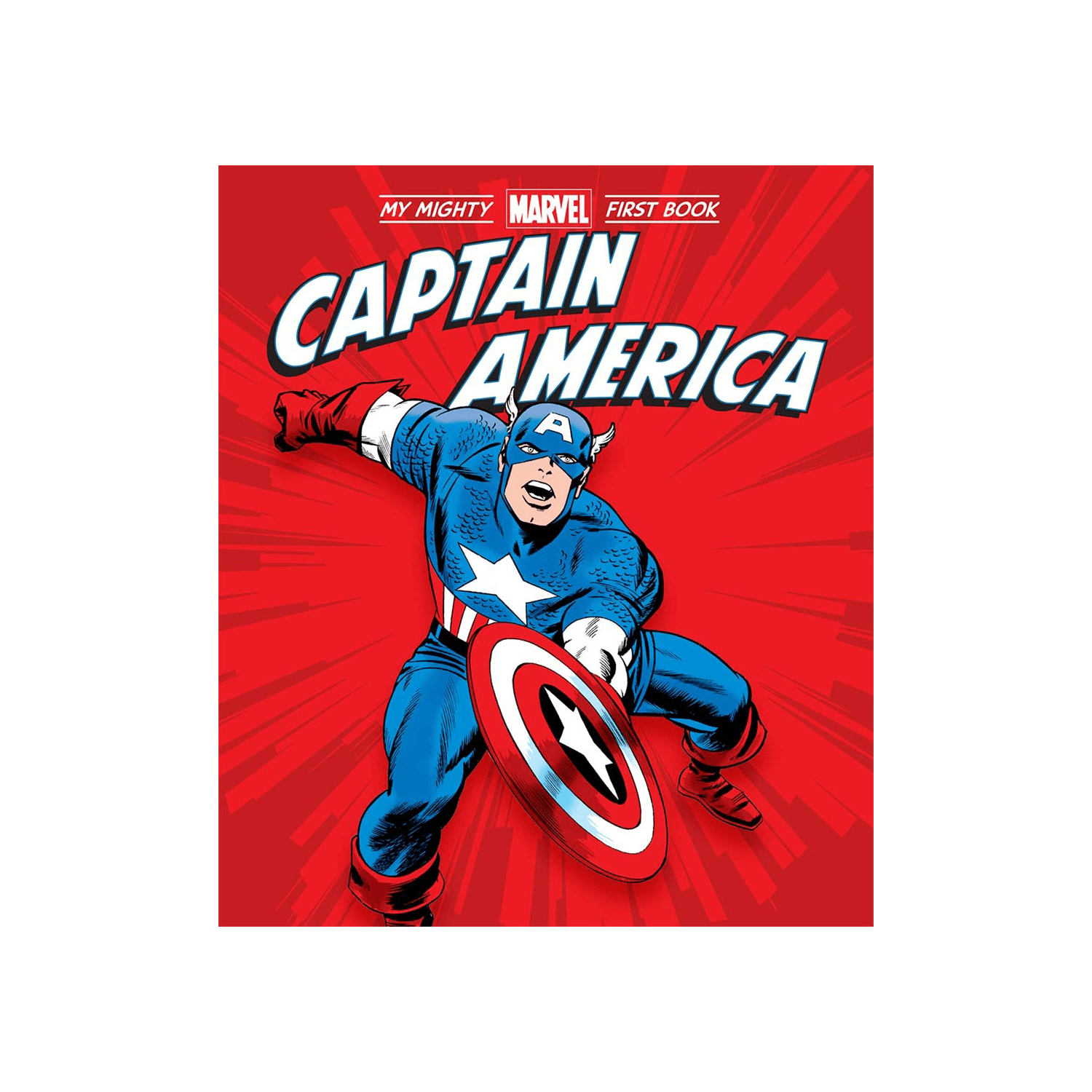 Introduce the First Avenger to his young, soon-to-be, superfans!

Close My Cart
Close Wishlist
Recently Viewed Close
Close
Close
Navigation
Categories
We use cookies to ensure that we give you the best experience on our website. If you continue to use this site we will assume that you are happy with it. Privacy Policy Accept
Please select your products!
Add to bundle